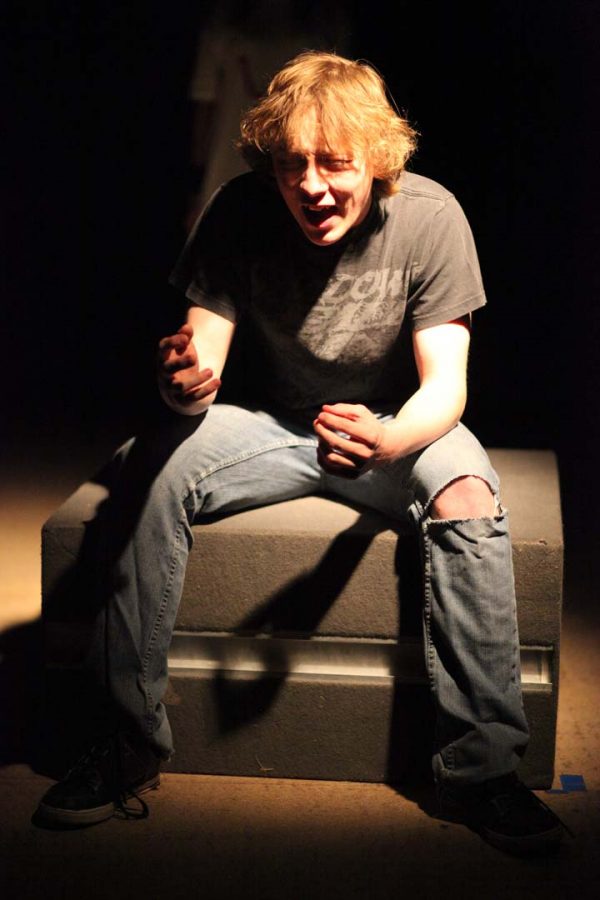 Jamie punches first and thinks later. An exploration of scorn and violence. Where is the line between who we are and the acts we commit? (NOW ALSO AVAILABLE in new 15 minute version, written specially for La Luna Youth Arts in Townsville.)

The product is already in your wishlist! Browse wishlist

becoming was first produced by the National Youth Theatre Company as part of Growing Up at Carriage Works in Sydney, Australia, in August, 2010, performed by the Senior Company and directed by Lindsay Farris. The 15 minute version was first performed on May 4th, 2014, by La Luna Youth Arts at the Civic Theatre in Townsville, directed by Jonathon Brown. Shown is the Oakbank Area School production in South Australia in 2012, directed by Meran Fischer with James Gray as Jamie (pictured), David Patrizi, Katie Dashwood and John Decoster.