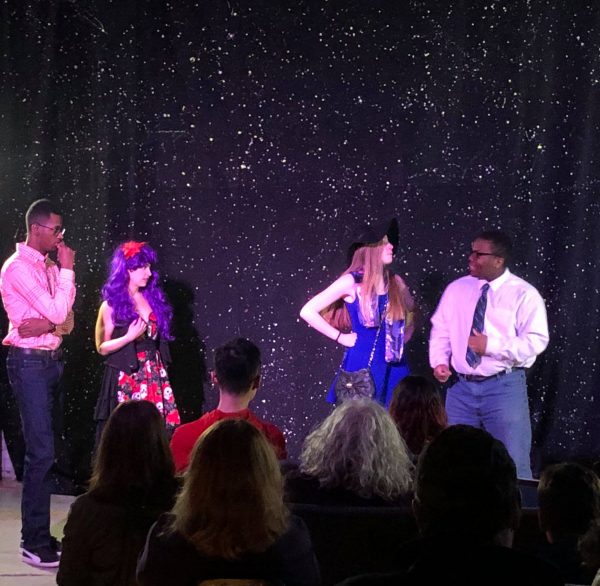 Cate Blanchett wants to be my friend on Facebook

Facebook. It’s a valuable “social networking” tool. But what if you haven’t got any friends? Cate Blanchett, Academy Award winning actress (She played Galadriel in Lord of the Rings 1, 2 and 3!) knows the feeling. And now she’s out to get some more. Whether Barry likes it or not. A comedy – with one very famous person…

Cate Blanchett wants to be my friend on Facebook was first produced by White Room Theatre at the 2008 Brighton Festival, followed by the Edinburgh Festival 2008. It was also produced by the Melbourne Writer’s Theatre as part of Playspotting: Melborn 2008 at the Carlton Courthouse, Melbourne and by Rapscallion Theatre as part of the 2nd Annual Salute UR Shorts New Play Festival in Brooklyn, New York. Pictured is the Inclusive Theatre Of West New York (ITOWNY) production in 2019 as part of A Festival of Shorts at The Foundry in Buffalo, New York, USA, directed by Aimee Levesque and performed by Quentin Gray (Barry), Dallas Taylor (Morris), Carling Barry (Sarah) and Summer Harris (Cate).