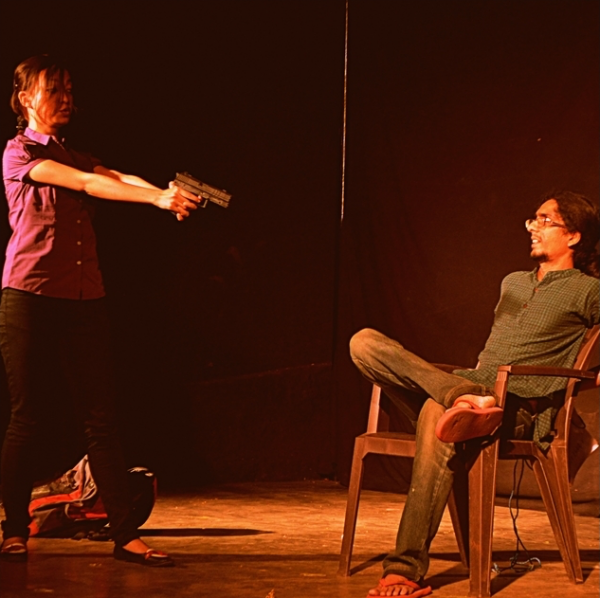 Cole has done something bad. Very bad. He’s kidnapped Cerise. But she deserved it! Right ? He sent her his play six months and three weeks ago and she never even responded. Convincing her it’s good enough to publish is only the start of Cole’s problems.

Currency Press was first produced as part of The Notes from the Underground Festival by Curan Rep at the American Theatre of Actors in New York, USA on June 22nd, 2010. Pictured is the production as part of Night of the Absurd in 2015, presented by Grim Pumpkin Theatre at the Lamakaan in Hyderabad, India, performed by Maitri Das and Sishir Sv Challa.