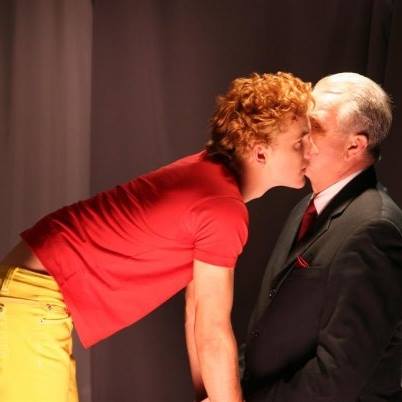 Sixteen Scenes for the New World

Sixteen Scenes for the New World is an epic cycle of short plays, containing some of Alex’s most produced plays, that is designed to be performed over two evenings. The plays travel the globe over a twenty four hour period, exploring our world at the start of the new millennium. Beginning in Reykjavik, Iceland at midnight and finishing in Sydney the following midnight, each scene is set in a different country and linked by theme and tone as the play explores key issues of the world today: media, language, law, medicine, birth, death, love, fantasy, revenge, communication and hope. Throughout the play, passes the mysterious figure of a young boy who is either an onstage or offstage character in each of the scenes.

Sixteen Scenes for the New World was first performed by the National Youth Theatre Company’s Juniour Ensemble at CarriageWorks in Sydney, Australia on September 3rd, 2010. The production was directed by Lindsay Farris.