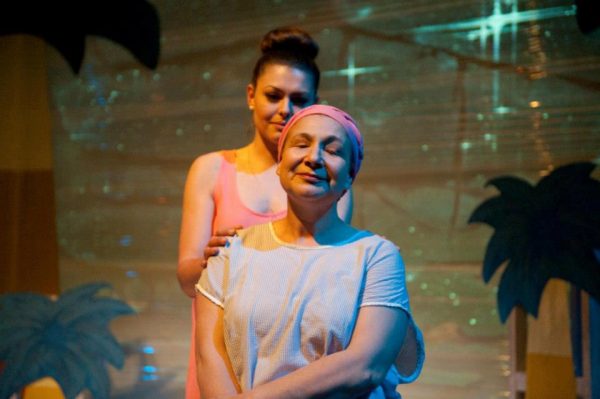 Every New Year’s Eve for the last twenty years Dawn has brought her daughter Helen to their own secret place high on a hill to watch the midnight fireworks. But tonight is the last time they will come. It is time for mother and daughter to say goodbye.

The First Fireworks was first produced in 2004 as part of Vicious Streaks at Darlinghurst Theatre, directed by George Ogilvie starring Christine Greenough and Jacinta John. It has since gone on to become one of Alex’s most produced plays with over 200 productions around the world. Pictured is the production at the Palais Theatre in St Kilda, Melbourne, Australia in November 2012 as part of At the Water’s Edge, directed by Louise Howlett and performed by Josie Eberhard (Dawn) and Alicia Beckhurst (Helen).