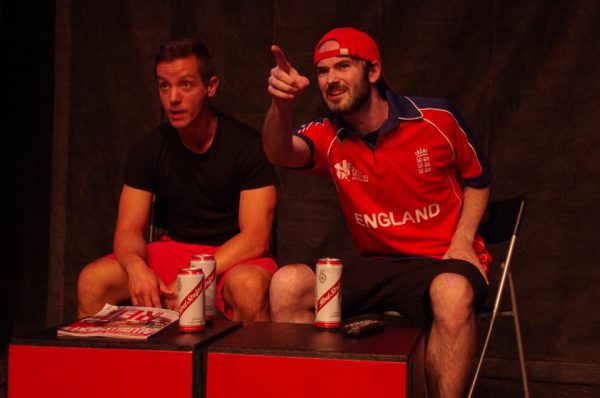 If you dream you die, you die right? Well what if someone else dies in your dream? Or what if you dream you kill them? And what if that person is sitting beside you on the couch, watching the TV? A psychological dream-thriller. With tomatoes.

The Kill was first produced in October 2008 at Dante’s in Fitzroy, Melbourne as part of “Spring Carnivale”, directed by Peter D Flaherty with Leon Durr and Peter D Flaherty. Pictured is the production as part of Frenemies at the Bridewell Theatre, London, England in 2016, directed by Daniel Saunders, performed by Richard Staplehurst (Wayne) and Pedro Pinhal (Simon).